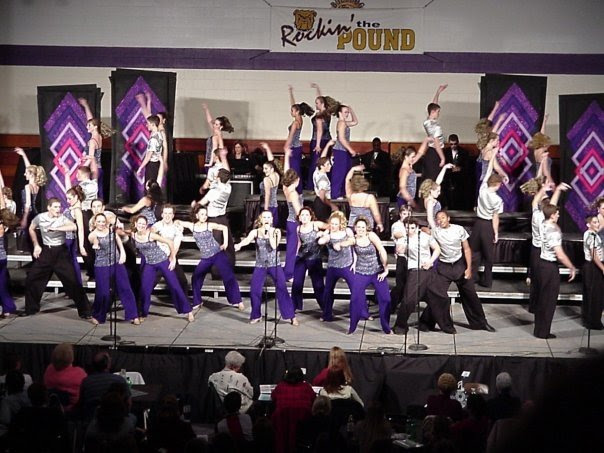 The 2003 All Americans was a group that looked to rebound from a very difficult 2002 season.

The 2002 season was a season of change for ETC. The organization moved from 3 groups to 2, and changed the grade levels from 4-6, 7-9, 10-12 to 5-8 and 9-12. There were some large growing pains with the All Americans, which led to a very tough season. That season also came with the consequence that a large percentage of the group left ETC. 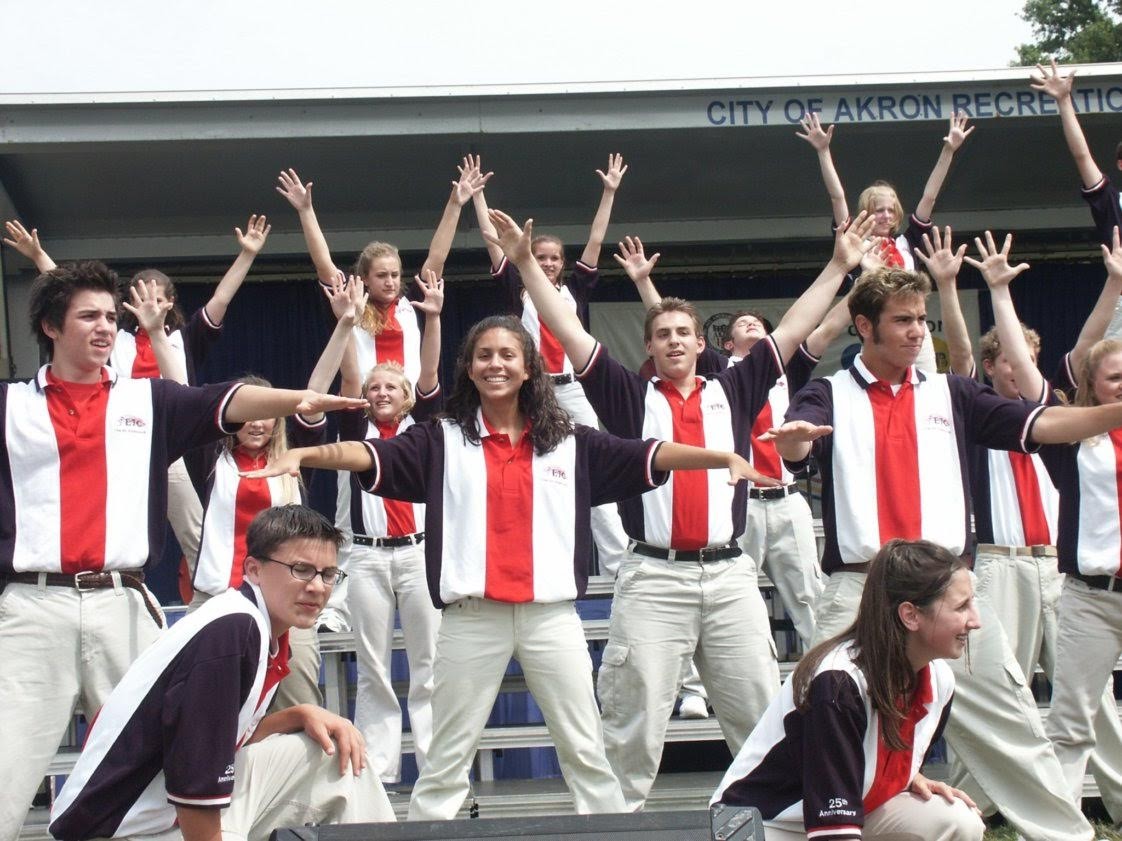 This left a lot of uncertainty coming into the vocal and choreography workshops. Although there were many that quit ETC, luckily the group had a rare large influx of brand-new students. The group ended up gaining about 17 brand new members to ETC, a large majority of those new members being boys. This meant that the group numbers actually increased from the year before, including the number of boys which went from 11 to 18.

The group received an extremely high energy and fun show from director Cheryl Boigegrain and choreographer Mike Weaver. The show hit the ground running and didn’t let off the gas until the final bow. The group was excited for the show, especially after receiving some of the hardest choreography that they had ever received.

This excitement bled over when picking competitions. Seeing just how much a fun show it was the organization decided to go to 7 competitions, which was unheard of in years past. The schedule would have them competing in Ohio, Illinois, Indiana and Michigan. 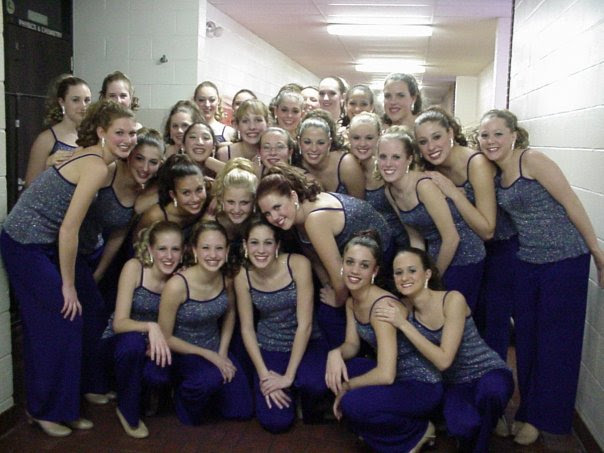 The competition season started off like years past at the Ada Music Feast in November. The group was very excited to get their show out in front of audiences, but there was also a sense of nervousness. Due to some difficulties with the costume company, the girls closer costume did not arrive until the day before the competition. This meant that the first time the girls would be trying their costume change was going to be in prelims. It was nerve racking, but the girls did great, mostly nailing the costume change. There were some issues though, and the group surprisingly went into finals in 5th place.

In finals they put on a great show and ended up placing 3rd behind Ohio powerhouses Teays Valley and Twinsburg. The kids were very happy with the result and were excited for the rest of the season. 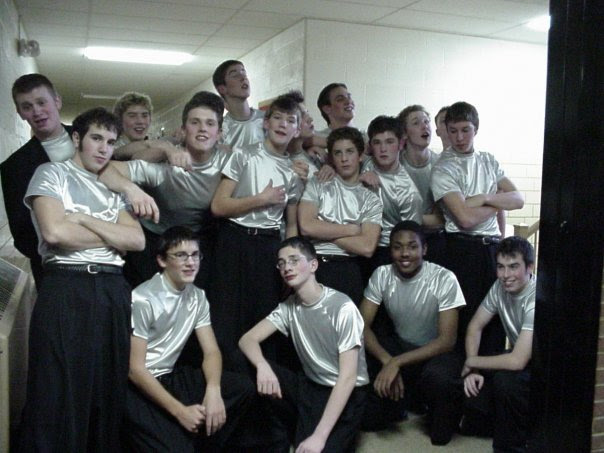 Mt. Zion was sort of a wake-up call for the group, and they performed a great show at their next competition at Lakeview in Battle Creek, Michigan. They ended up placing 2nd at this competition, missing 1st place by under 1 point (0.6 to be exact). 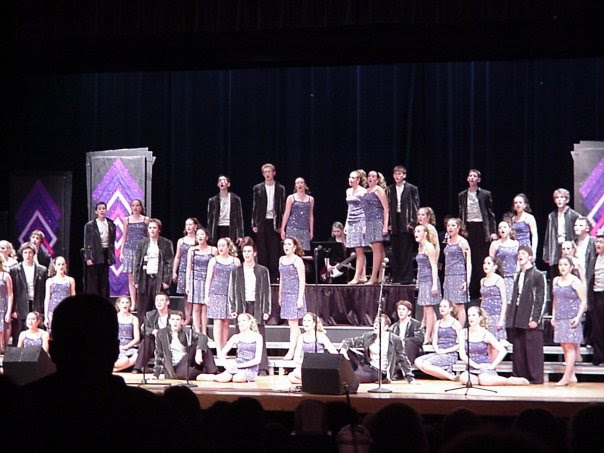 The group then faced a blizzard at the Ball State University competition, and the finals ended up being canceled. They then had a tough 4th place finish in Cleveland, and then finished the year with a great show at Wapakoneta while being down 10 members. In that show the power cord to the piano and electric drums was kicked out, and they had to do a verse of their ballad a capella. It scared the kids, but the pushed through and delivered a performance that got a standing ovation from the vocal judges. That performance skyrocketed them from 6th place to 3rd place, and they ended up tying for best vocals. It was an incredible way to end a fun year.

Although the 2003 group could not capture a win, it was a group and show that was a crowd favorite everywhere they went. Each crowd loved the energy of the show, and it led to some very memorable moments the entire year. It was a great way to bounce back from a tough year in 2002 and set up the organization for success in the future!

Check the “Year in Review” section in the past years page of the website for a more in-depth review.

You can also check out the 2003 show here: ETC All Americans 2003 Playlist 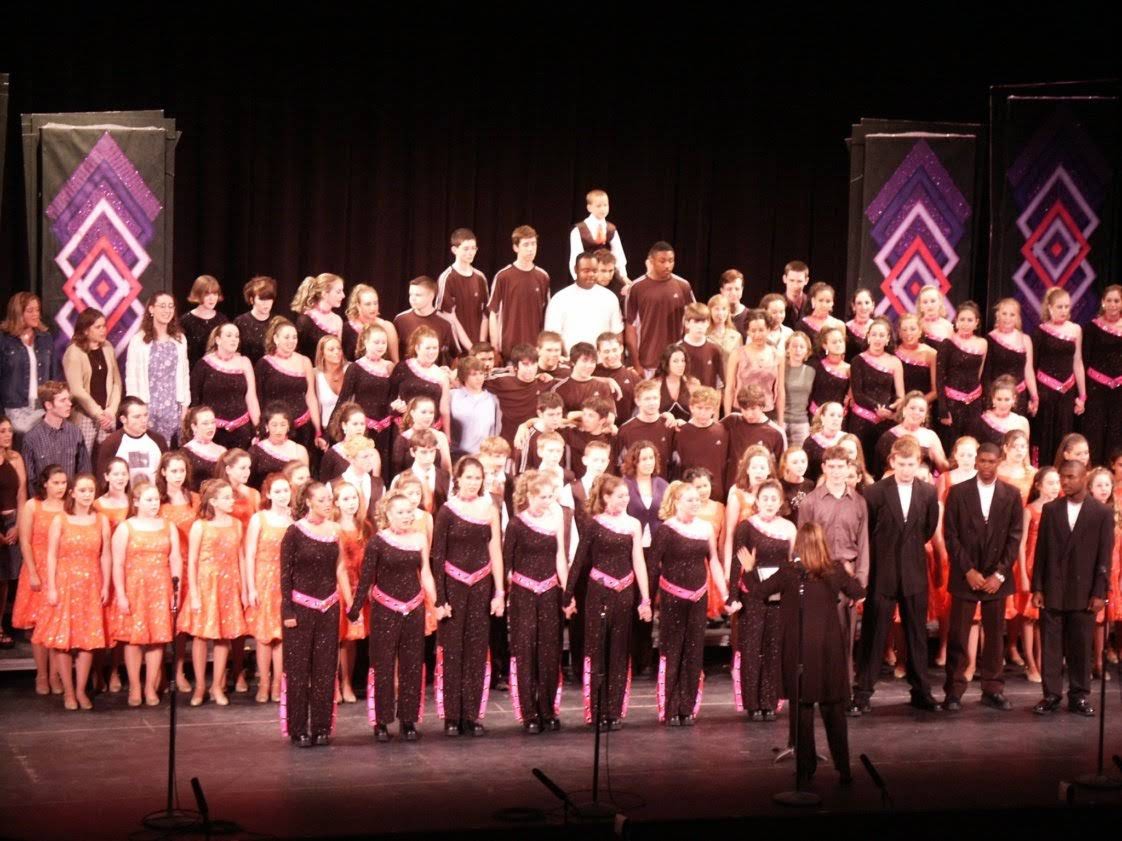