The All Americans are the advanced mixed show choir at Heid’s ETC School of Musical Arts. This talented group is composed of over 45 9th-12th grade students from the greater Akron area. Our members span from over 13 schools and 3 counties from Akron, to Canton, to Cleveland, and to Youngstown.

Over the years the All Americans have captured multiple awards including grand champion, best vocals, best choreography, best band, best show design, best female and male soloist at competitions throughout the US. The group has also toured in Great Britain, France, Whales, New Zealand, and Australia. In the 2022 the All Americans placed in the top 7 in every competition they attended. They also won Grand Champions at the Pendleton Heights Arabian Spectacular winning Best Vocals and Choreography! 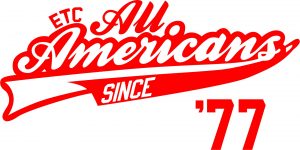